Let’s Talk Haikyuu – The Influencer of their Team

Today we have an awesome topic in hand to discuss.

Yes. You read the title. Let’s talk about Haikyuu. Today, I want to write about the infamous solid foundation laid by the superiors aka the Captains.

If you’re a fan of Haikyuu, just like me, you would get the gist of it.

Hinata Shoyo and Kageyama Tobio, the stars of the show are indeed awesome and cool. But, today I want to focus on something that is subtle but has a deep impact on the show. Or at least to the character. 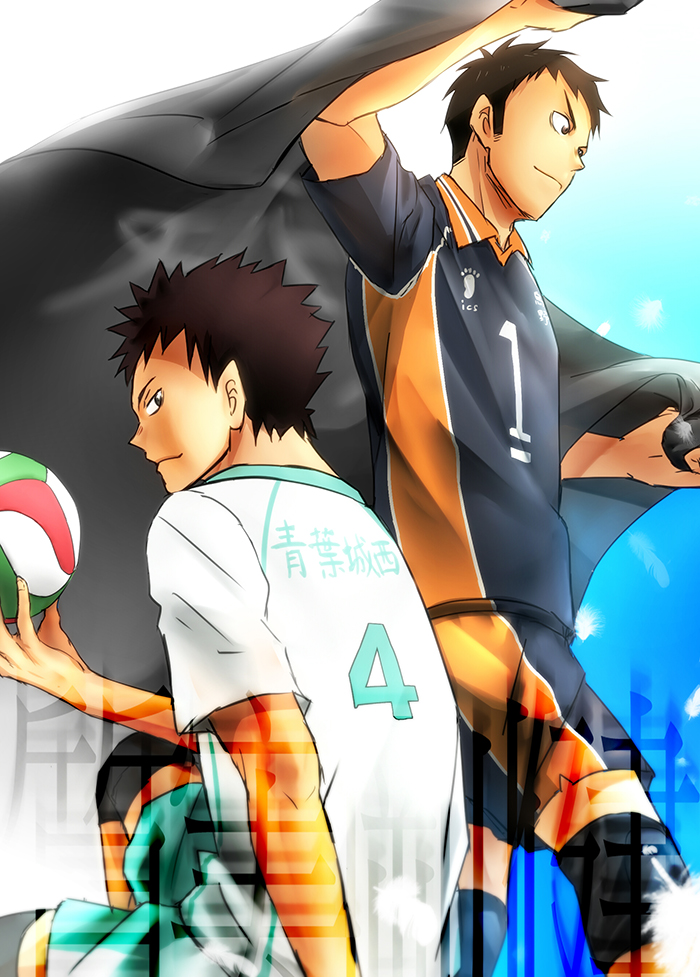 Exactly, today I want to write about those two men above in the picture –

When it comes to a team sport, Captain and the Ace carries a huge responsibility on his/her shoulders. They need to have the skills to manage the teamwork and bring out the best from each individual players.

Now, I’ve seen Haikyuu, like 100 times, on repeat, that’s what I do every day – Keep watching Haikyuu. However, it is only in recent that I started admiring how great these guys were and it helped me in thinking about dedicating an article for them. Before diving into it, let us see the captain first: 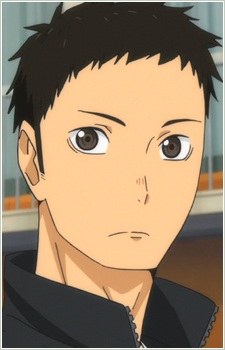 And now the ACE… 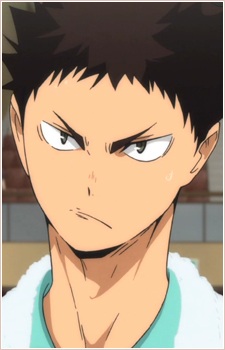 I will keep it short and crispt. We all know as the Haikyuu fans, the importance of Seijo vs Karasuno match. The team Seijo is indeed a very good rival for Karasuno. The first defeat made our boys work harder and improve a lot. And the final match between Seijo vs Karasuno in season 2 was definitely a treat for the fans. At one point during their season 2 finale, we all were calm and silent – wasn’t sure whom to support. Because both the teams were stronger together.

Instead of calling them as the Captain and the ACE, I would like to call these guys as the INFLUENCER of the team. They know how to get their team members running. Not convinced yet, well here’s my reasons:

If you all watched the series religiously, you might have noticed that both Daichi and Iwaizumi had the leadership in them. Their team members are freaking scared to make them mad and so follows their command religiously.

Everybody fears them. Period.

This only happens if you’re a good captain who’s capable of bringing out the best from your teammates. In terms of Iwaizumi, even the great Captain Oikawa listens to his Ace. Also, there’s another member we get to see during the final, Mad Dog Chan – Kentaro Kyotani. This guy was a wild beast but guess what?

He only listens to Iwaizumi-san. Indeed the Ace. However, when another team member confronted him to use his skills wisely, in order to avoid bringing any shame to their seniors, Kyotani agreed. He believed in his team and started connecting with them. It was a very good change in his character development.

In terms of our boys, Karasuno, it’s obvious that the boys have great respect for Daichi-san and believe in his words. He is capable of handling the ever notorious four idiots – Tanaka-senpai, Nishi… Nishinoya Senpai, Hinata, and Kageyama. I swear, if not for Daichi, and of course, Ennoshita, Karasuno’s team would be of high maintenance. Because everyone is constantly trying to improve and are most probably the best players already.

Captain/Ace builds the strong foundation for their team –

Well, that goes without any saying in case of our Iwaizumi and Daichi. Let’s take a look:

Iwaizumi – Seijo’s Ace. He’s got very solid skills –  serve, spike, receive and block. Plus, Iwaizumi also has a great presence in the match which can be seen through his reflexes. Born leader!!!

Daichi- Karasuno’s Captain. I can’t even explain his skills. This guy has got a solid foundation which allows his kids[I mean his team members] to go all wild during the match. His solid receives often leave the opponent shook. If not for Daichi and Nishinoya, Karasuno would definitely have poor defense. Here’s a great example:

And finally, the captain/Ace carry the PAIN:

However, the match turns out to be: a win or a loss. It all weighs on the team’s captain and it’s Ace. Instead of explaining it out loud, let’s watch the below clips to see and feel it:

The above clip includes both Karasuno’s Captain Daichi and their team Ace, Asahi. It shows how if things go wrong with Captain, the person to take charge is definitely the ACE.

This scene really made me feel bad for the opponent team. Even if Karasuno is the main protagonist of this series, this was truly the moment we all had tears in our eyes.

Well, that’s it for my reasons to convey who much of this Captain and the Ace have been their team’s influences. Their existence is strong to their team and it is also the one that held the team together without any conflicts.

With that being said, let me conclude this article. Honestly, this is like 100th time that I’m re-watching Haikyuu. The anime quality is great, the plot is simple and strong, along with great characters that will move you, and finally, hilarious memories that we get to feel while watching this anime. Let’s us agree that at least once in our childhood days we’ve been playing some sport and had the memories of being in a team, playing with others and having that moment.

The Promised Neverland – the Promising Anime of 2019