Oops, when Karma hits back at you… Moving on…

What makes an anime a classic?

Honestly, even I don’t know the answer to that. When it comes to Anime classics: we have Dragon Ball, Naruto, One Piece, Bleach, Death Note…

Yeah yeah, the list goes on. At least what I have mentioned above are called the pioneers of anime series, right? Hit shows with a global audience and revolutionary work in the Manga world that made the production houses to turn them into Anime. I’m going to talk about one such anime show that is claimed to be a classic. It is indeed a classic show that can never be replaced.

Today, folks I am here to write about this one of the kind anime that you’ll ever get to watch – KAMISAMA HAJIMEMASHITA. 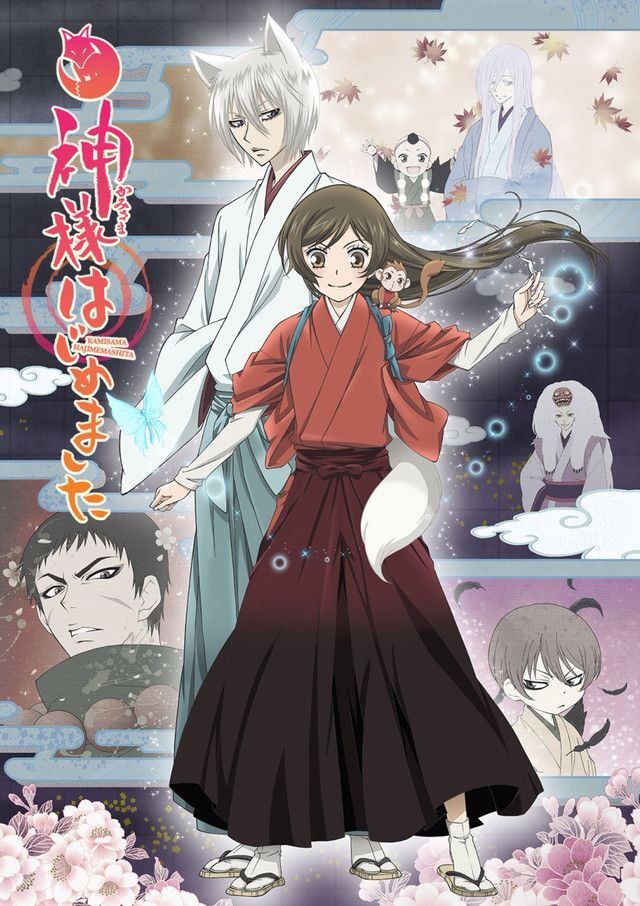 Kamisama Hajimemashita is a Japanese manga series written and illustrated by Julietta Suzuki. The anime series adaptation was produced by TMS Entertainment and directed by Akitaro Daichi. Released in the year, 2012 the series has two seasons comprising of 12 episodes each season.

Moving on to the Plot –

Nanami Momozono, a teenage girl is left homeless due to her father’s debt. Without a home to go, Nanami was helpless and left alone on the streets. There she helps a man, who happens to be an actual land god, Mikage from a dog. The land god Mikage transfers his power to Nanami and send her off to his shrine. Nanami, when discovered that she had become an actual land god learns to bear the responsibilities with the help of two childlike Yokai attendants and a fox yokai who serves as the familiar for the shrine, called Tomoe.

The two Yokai attendants cherish Nanami while the fox familiar doesn’t really accept Nanami as the god, initially. Tomoe declares that Mikage is the only person he would serve and not anybody else. But seeing her working hard to do justice to her new title, Tomoe helps her and eventually becomes her familiar.

Thus, Nanami’s journey begins with her learning to use her power wisely and meeting other gods, who are not ready to accept a HUMAN GOD!!!. Watch Nanami change their perspective with her own charms.

The tsundere Fox familiar and the naive land god Nanami – 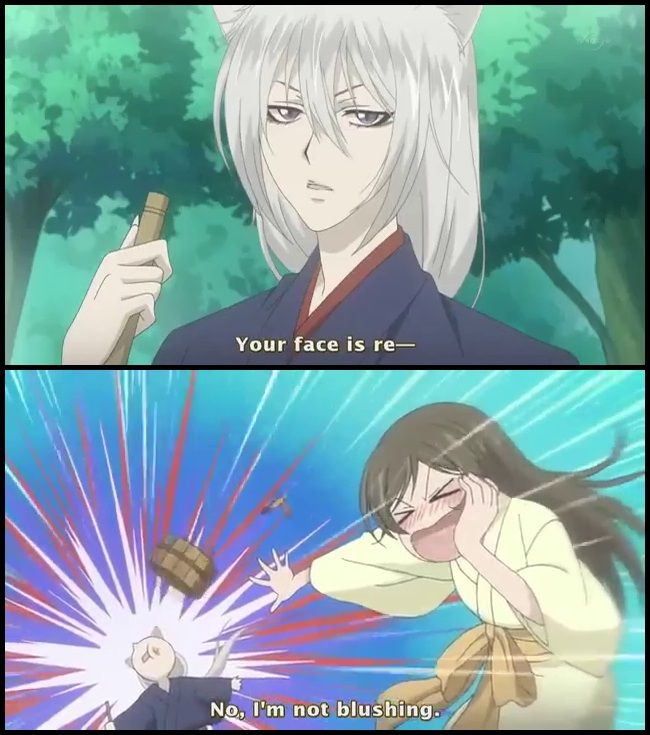 When Nanami becomes the new land god, Tomoe doesn’t accept her. However, Nanami still made a contract with Tomoe becoming her familiar by kissing him [contract made by kissing tomoe]. Once the contract got established despite his disinterest, Tomoe helped Nanami and protected her. He is usually very cold and strict with Nanami on her presence but cares for her a lot during her absence. To put it simply, a tsundere. Even Tomoe agreed with himself being cold with Nanami and can’t bring in to be gentle with her immediately reacting by blushing.

Also, Tomoe learns her naive behavior is often the reason why Nanami gets involved in too many things. As the story progress, Tomoe accepts her and began to fall for her.

I know, right? But guess what?

One of the things that I’ve come to like about this classic anime is its storyline. Maybe there are many anime series with a similar concept. But, Kamisama Hajimemashita is the only one I have watched so far. And I found the plot very interesting. A normal teenage girl who was left homeless turns into a god. She has to learn in making miracles, perform her god duties, train to become powerful and prove that she’s worth the title plus, managing her school life. Nanami’s hard work and good intentions helped her achieve that. She was indeed able to attain respect and power as a land god from the other towards the end of the series.

A lot of other god’s and Yokai’s –

As I said previously, the show isn’t concerned only about Nanami and Tomoe but also Nanami as a god on her journey. Obviously, Nanami meets a lot of other gods who were all powerful non-humans. Being the only human god, the rumor had spread out already which brought in a lot of pressure and expectations from Nanami. All of these characters may have a short presence on-screen but the impact has a greater effect on making the show a huge success.

My experience with this show –

Here’s the deal, I started this show as per from the recommendations for romance based anime.

Alright. When I started the show it didn’t appeal to me very much. Probably the site I used to watch might have had the poor quality. Nevertheless, it took me some time to finish the series. And I think it’s due to the fact that I wasn’t aware of the classic Japanese old tales which talks about shrines, Yokais, familiar, and so on. You know the old tales stuff. But when I got to really focus, the story became interesting.

Kamisama Hajimemashita is an absolute entertainer – a classic anime series that will never be wiped out forever the anime world exists. The show’s got a very clean storyline and has a lot of likable characters, great action scenes, funny gags and a very cute touch of romance. Thus, making it an overall genuinely good show to watch.

Make sure to check it out if you haven’t. For those who had already done watching the show, kindly refresh your memories from watching this show and having those fun moments. Let’s be honest, we’re not getting a good classic romance show like this nowadays, right? It’s hard to find a good shoujo anime series with a decent plot.

The series got completed with Nanami marrying Tomoe. However, in the Manga, they turn back to humans[Nanami and Tomoe] and also have a child together, a baby boy. *insert cuteness overloaded*

That being said, Kamisama Hajimemashita will become a pleasant anime in my memory forever.