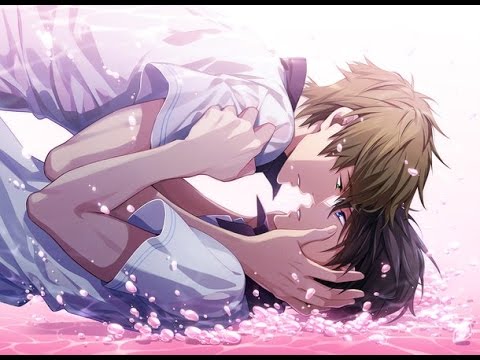 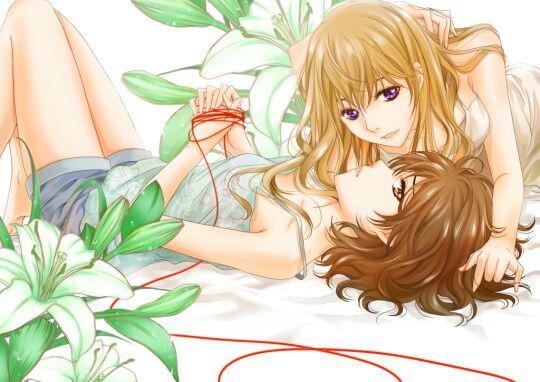 Yes. You read the title. Today’s topic is all about BL & GL, guys.

Before diving into the topic, let me just put it out there…

Well, the genre did impress me and you can say, I was enlightened[lol]. Guys, before I talk about this topic and share my opinions and views, I need to explain a few things for your convenience. More like explaining the Jargons, Please make a note of it:

And these two can be differentiated into two categories based on the level of their intensity.

Yaoi -> This is more extreme with explicit content, sexual images, and everything.

Now, that you’ve been enlightened. Let’s enter the world:

This article is not going to be, me judging or forcing it upon you. I felt like I want to share my experience so far with this genre and what I expect from it in the future. So,

When did it start?

My major anime experience started from the year 2018. The year 2018 was when I actually focused on Japanese Anime series and started watching the legendary shows. As day by day went on, I kept experiencing this beautiful entertainment, it led me into the discovery of Comics & Manga.

I’m sorry guys, most of you must have started from Manga. Well, I did have this one app on my mobile, installed but I never really gave any attention to it.

It all started with Webtoons app, which had become my favorite app right now. When exploring the genres, I did come across these letters called “BL/GL”. I didn’t know what it was. But when I clicked on the comic page and read the description…

Yes, that’s when I learned BL is Boys Love and it did scare me a little. Here’s the thing guys, at first I really was afraid to read the Yaoi type comics since it involved more explicit content. So often, I would choose the ‘slice-of-life‘ type of comic and read it. Honestly,

It’s true. In general, it is what it is. Ultimately, it’s love. [let’s not get deep into it. I might talk about it later] So yeah, with Webtoon Comics, it all started there.

First Impression and then…

I’m gonna be honest. Regardless of me being practical and understanding gays & Lesbians, this is what my reaction was when I first encountered the genre:

As much as few comics which appealed to me a lot,  there were more comics dedicated for more explicit content.

Now, if you’re a female and an anime fan for a long time, you are prone to discover this genre soon enough. And then, you’re going to decide if you wanna continue exploring the genre or just walk away. Guess, what I did?

Of course, despite the risk of me getting scared, I genuinely  wanted to know more about this genre and learn in general about ‘what is it like for them to fall in love with the same sex?‘ I mean we’re talking about backlashes, judging looks, people shutting them away and so on… and I wanted to know about what really happens from their point of view.

Now, if you sign up for this world of beauty[I mean, yeah] then you are grouped under these names:

So Fujoshi & Fudanshi are like the official title for the group of people who enjoy Boys Love. On the other end, for those who enjoy Yuri[girls love], I haven’t really heard any specific title that denotes the gang. However, these are the ones that I was able to find:

It doesn’t really matter for anyone to get really acquainted with the title and so. If you enjoy a good comic, nothing really matters anymore. These are just the terms used inside the Otaku community. I get the reason why it is like this… I mean on the baseline, there aren’t that many people who would out loud accept watching or reading this particular genre related comic/anime. Even, I never really shared it with my friends since it was so embarrassing at first to say that I like Boys Love comics or anime.

Because I literally enjoy watching a good Boys Love or Girls Love anime. Oops almost forgot, I’m not just a Fujoshi, I do enjoy watching Yuri. But not so in deep, I mean I watch the one that has a good storyline and flow, rather than just hooking up. It goes same for the Boys Love too. If it’s too dumb and void with only sexual stuff, I just don’t like to particularly read/watch.

To finalize, me right now will enjoy Boys Love to my heart’s content.

When I started watching anime and getting involved with the fans community, it is always like this:

Fujoshi’s or just any girl who enjoys Boys Love are Judged!!!

No offense, I mean the girls are often judged for enjoying Boys Love but however, the guys who enjoy Girls love are often neglected.[from my experience]

Here’s the tea… this is often said but not out loud.

Almost every girl enjoys Boys Love and almost every guy enjoys Girls Love. When I heard this, it kinda puzzled me but I think it’s the truth. At first, all of us might get scared to see same-sex people falling in love and making out. But as time goes, you just want to read more of it and get to know more.

I did hate it when people inside the fan base just immediately pop out the question of whether you like yaoi or not? like they want to know if you are a Fujoshi or not. And then, they start making jokes or teasing you, which is alright, Maybe!!!

And that’s how I just let go and kept doing what I love to do.

We’re not talking about the great ‘Titanic‘ ship in here. The term ‘Ship‘ is often used by fans to join their favorite characters together. It is usually associated with Romance. It can be your regular protagonists like the hero and heroine of the story, or it can even be any two characters who are acquainted with each other.

For example, let’s take Attack on Titan. Here are the famous ships:

Levi X Eren – meaning Levi and Eren as in love interest [p.s I think this ship is the most popular in the fandom]

Mikasa X Eren – meaning Mikasa and Eren as in love interest. [now, this is normal because even in the story Mikasa loves Eren and vice versa, I believe]

Now that you get it, this leads to Doujinshi.

Doujinshi, are often self-published works. This includes fans creating their own comic works and publishing it. Now, doujinshi can be of two kinds:

Original Doujinshi – a story created originally by the creator. [you don’t see this often, because it would eventually become an original manga or comic, duh!!!]

Fan-fiction Doujinshi – take your favorite characters and put them in your favored scenario. [this is most popular one]

Boys Love and Girls Love aren’t the whole trigger behind Ships and doujinshi. But, I think it helps the fan community to come up with their own works.

Lol, you get it now? Building ships and creating your own fan-fictions to satisfy your imagination.

There are a lot of people who contribute to many doujinshi, which is quite a large amount of people. You can easily find them online, manga apps and comic apps.

I think Fan-fictions get a lot more recognized than any starting original series, I believe. Guys, its most hotted debate going around. But at the end of the day, an artist is an artist and a creator is a creator. Plus, it’s all good when you do what you love.

What I’m expecting from this genre?

Alright, this is the reason why I’m writing this article in the first place.

Throughout my journey with this genre, I accumulated a lot of comics, anime series, and manga which are genuinely good with a great plotline. Like you discover a gem in the ocean.

Whether you’re a fujoshi or not, if you like BL/GL or not, you will definitely fall in love with these comics & anime series.

Honestly, I’m not a big fan of the one-shot type of comics and anime under this genre, which is often dealt with ‘having sex’. For entertainment purpose, I can read them to kill time or so. But who knows that there are also creators who strive to come up with a great story with likable characters and twists.

So stay tuned, for I’m about to introduce you guys to those gems.

Don’t panic, the comics, anime series and manga that I’m gonna share it with you are all great. I honestly can’t wait to share them. Make sure to check it out and read it.

Until next time with another topic, BYE BYE.