How are you guys doing?

Me? I’m doing good. Having some great ideas. It’s literally like Brainstorming.

So, today I wanted to talk about this J-Rock [which means Japanese Rock Band] that came through like a storm into my life. I’ve been listening to their songs for the past few weeks. Let’s start with a flashback… 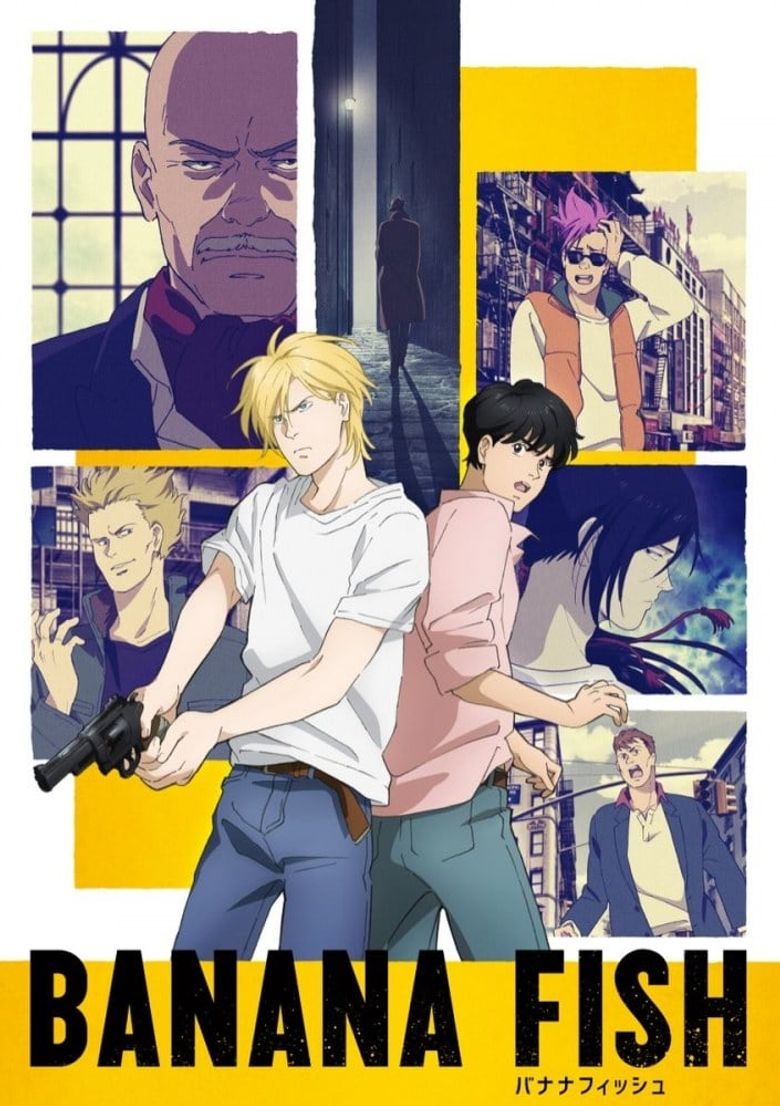 Exactly, for those who know what’s talking about can get it, right? The anime that broke a lot of its fans precious heart and left them crying. I mean in a very good way – like the anime was so good with everything that the fans were left speechless. So, what? you’re asking right?

Well, the music group that I’m going to talk about today was actually discovered from this anime. The band had two songs used for ‘BANANA FISH’ anime. Without any further adieu, let’s introduce them:

‘Survive Said The Prophet’, the J-rock music group also known as the “SSTP” are making some great music and I believe you should listen to them. Don’t know where to start, how about listening to this beautiful track:

How was it? Isn’t it some good music? I fell in love with the band immediately as I heard this track. Oh…

You want more. I’ll give you more. How about this next kickass track to pump up the mood?

Now get it? Aren’t they great? That’s to me is some good music to listen.

Of course, I found them from watching ‘BANANA FISH‘. “Found and Lost” was actually opening 2 and “Red” was ending 2 for the anime. To be honest, the music actually elevated the anime to another level. Because the music comes in and joins the last few moments of each and every episode, which makes the scene more captivating.

So, I researched and found that a band name ‘Survive Said The Prophet‘ songs were used in “Banana Fish”. I went in to check out and heard many beautiful tracks of their work. The main reason why I’m writing about them is, to me they are…

What I’ve dreamed of a Band to be

I love Rock bands but, here’s the thing, when we talk about Rock music our mind immediately goes to the legendary Led Zeppelin, Ac/Dc, Motorhead and so on. I think most of us can agree that 80’s Rock music was the peak and it actually Rocked the entire world. The main thing of being a rock music group is to maintain the essence of its genre. Nowadays, we don’t find that many Rock band which has the raw essence of the genre and do justice to its core.

J-Rock is a thing and I haven’t stepped into that field so far. I knew that there are a lot of great J-Rock bands with good music. But, I haven’t actually started listening to them. However, I’m glad that ‘Survive Said The Prophet‘ became my first J-rock band to listen to.

Survive Said The Prophet’ is a Tokyo based rock band with Yosh Morita as the vocalist along with, Ivan Kwong and Tatsuya Kato on the guitars with Yudai Kato on the bass, and Sho Okada on the drums.

Also, all of their songs speak of electrified emotions with pure rock music accompanied along great melodies. I believe their songs will be those ‘that get stuck in your head and that you sing along to it’ type of music. Once it’s IN, you can’t get it out.

To listen to their music, head over to their YouTube channel with the link below:

Support them, show some love and share it with your friends. They make good music and I think they deserve to be THE BEST.

Let me know which of their songs that hit you the most in the comments.

I just keep thinking about ‘why is it so good? Every single time I listen to them, I feel electrified. Their beat, vocals, and their beautiful lyrics hit me so hard. I stan them, love them and I want to go to their concert one day and have ultimate fun moving to their Music.

Until next time with another topic, Bye, Bye.